Lotsa Laffs Photo Booths celebrated Allison’s birthday on Saturday, October 21st.  Her husband, Kyle, was the awesome person that planned the event at the Sons of Italy, Williamsport, PA.  Allison thought she was going to watch the Penn State Michigan game with her in-laws and husband, but she didn’t expect to see the guests, Lotsa Laffs Photo Booths and DJ screaming “Happy Birthday Allison!” when she walked in the room.

Kyle, Allison and her in-laws are big Michigan football fans. Allison was even wearing a button stating “Beat Penn State” while Kyle and his parents were wearing Michigan jerseys. Allison’s father-in-law and his friend, a Penn State fan, showed their rivalry while mugging for the camera at the photo booth (see photo below). Everyone had fun posing for a picture with their favorite birthday girl, Allison, and the awesome Lotsa Laffs Photo Booths birthday props.

Allison, Kyle and guests were still partying, having fun and ready to watch the battle between Michigan and Penn State when Lotsa Laffs Photo Booths said goodbye to the birthday girl.  The following week was her actual birthday, and she was amazed that her great husband was able to surprise her with this party. After a hug from Allison and Kyle, Lotsa Laffs Photo Booths was on their way back to Penn State territory listening to the progress of the game. 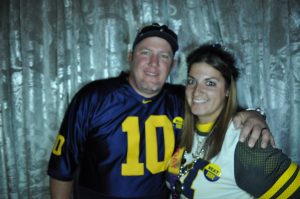 Time To Celebrate My Birthday!!! 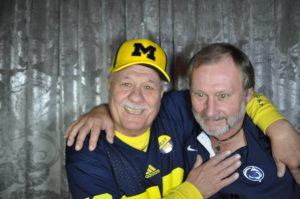 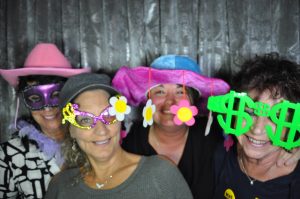 Lotsa Laffs Photo Booths had a marvelous time at the Preston-Lampel wedding reception on Saturday, October 7, at the Nittany Country Club. It was exciting watching everyone grab a prop, pose and have lotsa laffs! Nikki and Jesse’s photographer, Sarina Bowers, of Bower Shots was great mugging for the camera along with all of the guests.  And We Danced DJ Entertainment was present to keep the dance floor packed all night!

People couldn’t wait to get behind the camera! Youngsters were awesome posing with each other or with family members holding and wearing their favorite props. Nikki and Jesse’s parents spent time laughing and posing for the camera.

Nikki and Jesse picked a 2×6 wedding hearts border for their design. Lotsa Laffs Photo Booths creates custom photo strip border designs for all clients.  Guests posed for four pictures before receiving their photo strip. The silver background curtain was fabulous and complemented the border design.  With such infectious fun everybody aimed to return to the booth for additional photos.

Throughout the night, many guests were cuddled together having hilarious fun posing for the BIG camera. Nikki and Jesse had lotsa laffs and will have a memory book and digital photos to remember their incredible day!  Enjoy that honeymoon in the Poconos! 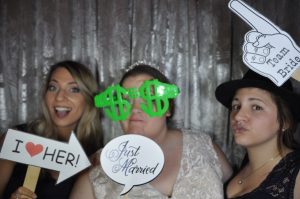 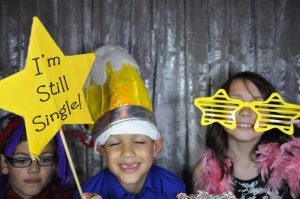 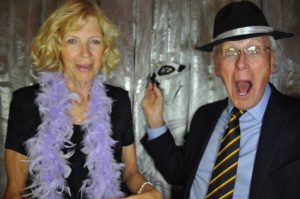 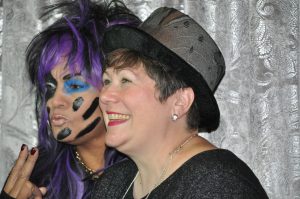 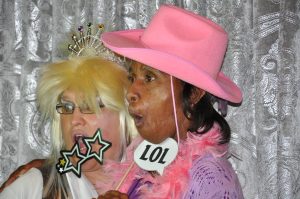 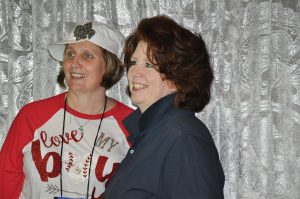